Year Five and Six Book Club children picked Michael Morpurgo’s novel, ‘An Eagle in the Snow’, as their book for the spring term 2016. 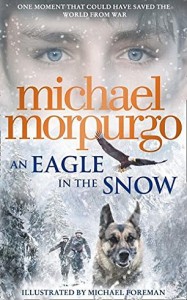 Here are some comments from Y5 members of Book Club:

‘I like stories that are set during the war.’

‘The story is frightening at times – but it captivates me.’

‘The compartment on the train is dark – and the stranger strikes matches to light it up – but he’s running out of matches.’

‘I like adventurous stories – I always want to know what happens next.’

‘The story takes my imagination back to the past.’

‘I like the way the stranger on the train is telling a story within the story.’