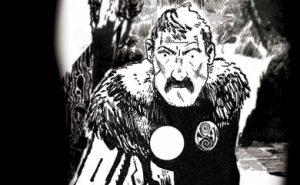 On Thursday 8th November (2018), Drama and Theatre Club children went to the Liverpool Everyman Theatre to see ‘The Paper Cinema’s Macbeth’ – a captivating silent film created before their eyes.

Nic Rawling form The Paper Cinema said: ‘…..the children that you brought along were lovely and said a lot of ‘thank yous’ on leaving.’

Drama and Theatre Club children at the Everyman Theatre – before and after ‘The Paper Cinema’s Macbeth’.  A member of staff from the theatre commented on the children’s excellent behaviour.