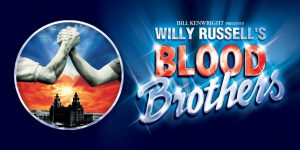 It wasn’t until the children arrived at the theatre that they found out that they’d be in the presence of royalty !  Prince Edward, Earl of Wessex was attending the gala performance to mark the 150th anniversary of there being a theatre on Lime Street.

The production was excellent and all of the children thoroughly enjoyed it.  As usual, the behaviour of Drama and Theatre Club children was exemplary – with members of the audience commenting on the children’s good manners and conduct.

After the cast had responded to several curtain calls, the Earl of Wessex appeared on the stage and was introduced to the actors.  He posed for photographs with them and waved to the audience.