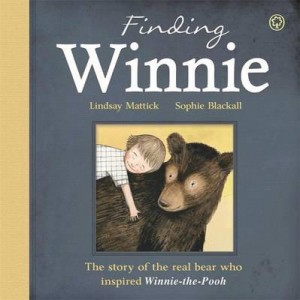 This is the moving and true story of the real bear named Winnie who eventually met up with a boy called Christopher Robin at London Zoo.

In 1914, Canadian vet Harry Colebourne was on his way to tend horses in World War 1.  He followed his heart and rescued a baby bear – and named her Winnie.

Harry Colebourne’s real-life great granddaughter, Lindsay Mattick, tells this true story – with great illustrations by Sophie Blackall.  The book has an album at the back that contains archive material from a century ago.  Age 3+.