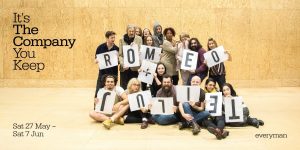 On Thursday 1st June (2017), members of Drama and Theatre Club went to the Liverpool Everyman Theatre to see a production of William Shakespeare’s ‘Romeo and Juliet’.

At the end of the play, a member of staff at the theatre approached the teachers to say that several members of the audience had commented on the children’s excellent behaviour.